Azure Data Factory v2 allows for easy integration with Azure Batch. Azure Batch brings you an easy and cheap way to execute some code, such as applying a machine learning model to the data going through your pipeline, while costing nothing when the pipeline is not running.

What I’m going to illustrate below is the following: 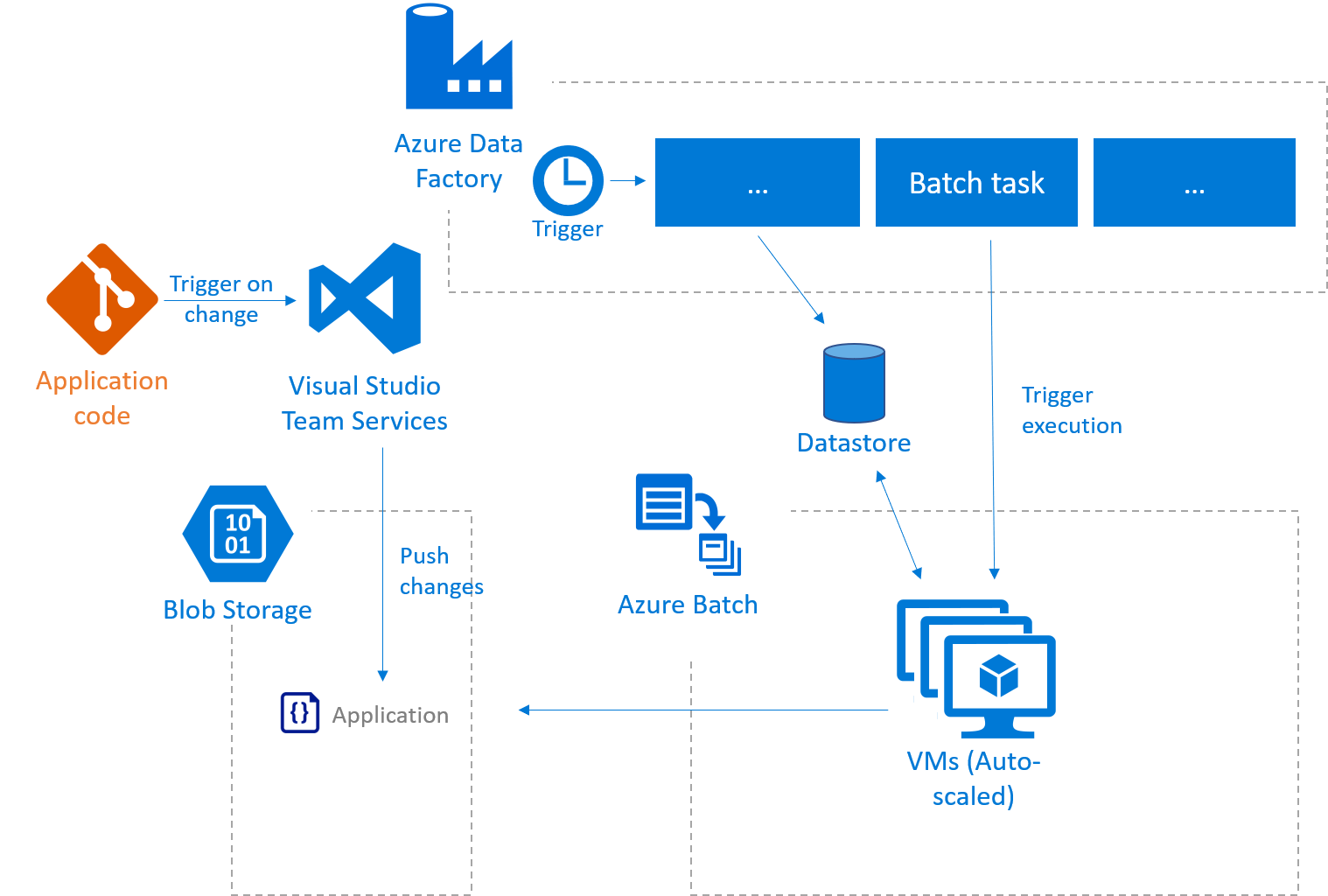 Create an Azure Batch resource. Within that resource, create a pool. Configure that pool to autoscale. Here is an example of autoscale calculation that will scale down to 0, check every 5 minutes if there’s work, scale up if so, then back down if necessary. You can tune it to ask for low priority VMs, or a mix of so.

You also need to setup the start-up tasks of the node pool so that it installs any requires software. For example, if you need to install Python 3 on a Linux cluster, then your start task will look like so:

Note that you need to specify the full path to the application you need to run. As such, it’s easier to run your script as a bash inline command so you get the environment variables (inc. $PATH) set.

In this example, the application sits in a blob storage container. This means that the deployment consists in copying the file to blob storage. To do so, create a storage account, and a container within it. Then create a release pipeline with an AzureBlob File Copy task targeting this container: 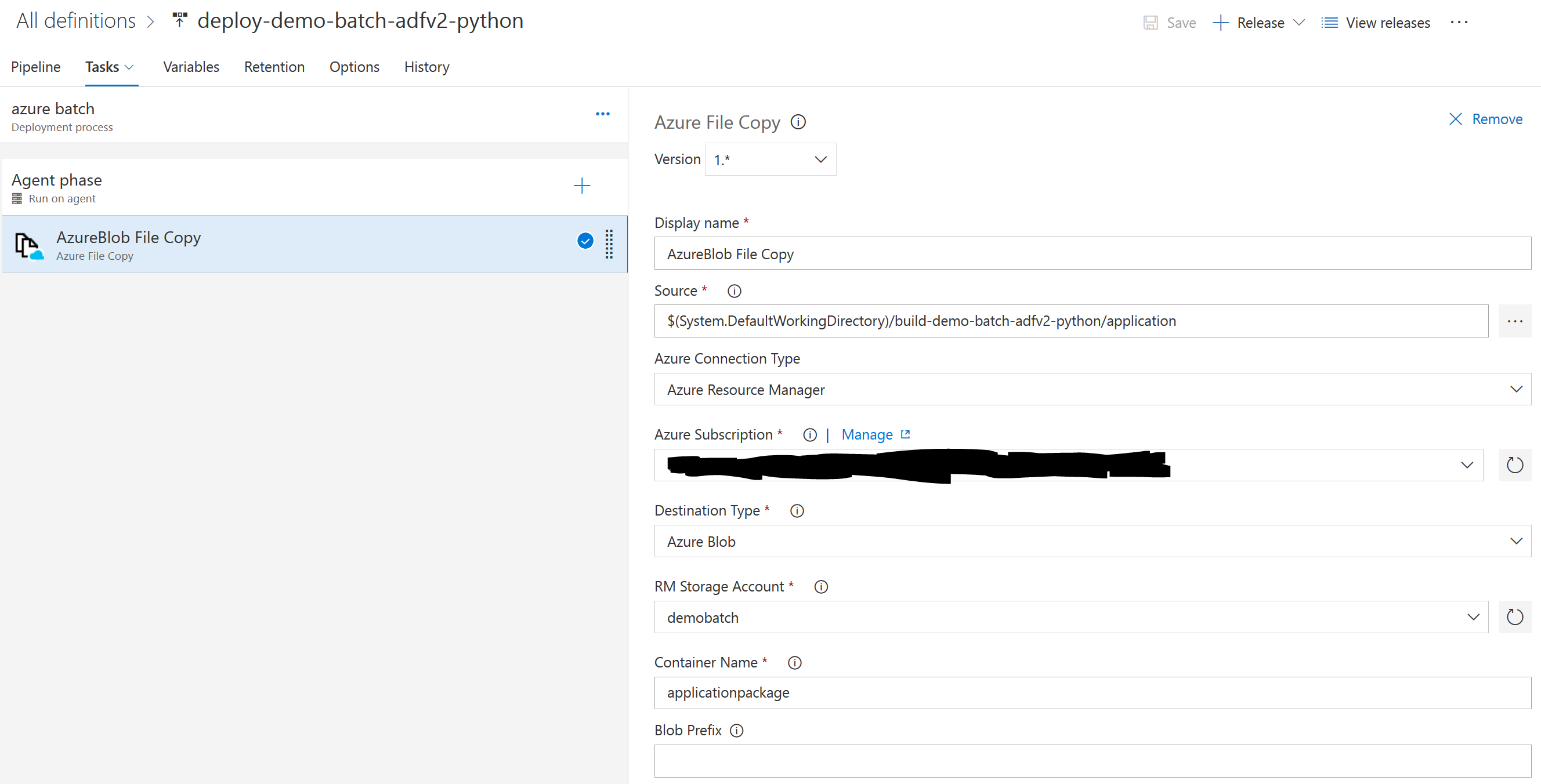 Execute the pipeline then make sure the application is there: 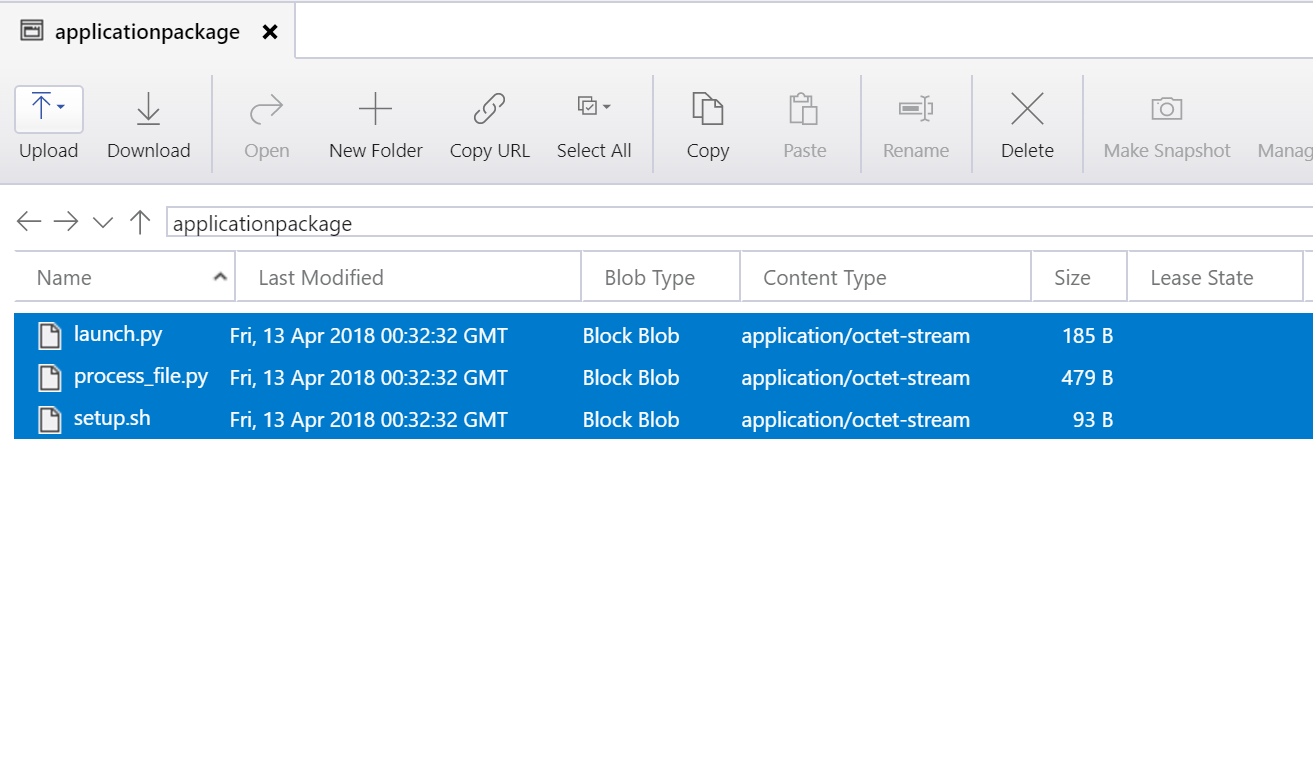 You could also package your application within a container

Batch provides you with a white VM and a small framework running on top of it, which means there are plenty of ways to deploy your application:

When deciding, keep in mind that speed might not be that relevant. If you’re running a daily batch, it may not matter. You have a large scale, and the minutes spent booting up the machine add up to a cost larger than that of the time you spend optimizing bootup time, then it may matter. If data is streamed, the response time is important, and the scale varies, then optimizing bootup may be important as well.

Create a pipeline and bring in a batch task. Configure it to use the connection you built, then put a command that’s gonna be executed, such as2:

Then bring up the resource link for the storage account you configured, and indicate the container name for the application to deploy on the node.

During execution of the task, the batch framework will download the app into the local folder.

Then publish your changes with the publish all button, and click “Trigger” to trigger the pipeline.

You can use Batchlabs to monitor your batches.