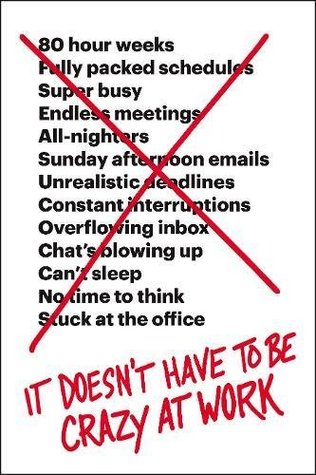 Corporate orthodoxy celebrates craziness at work, meetings all the time, long work weeks, multiple projects for everyone, hair on fire.

This is not the only way, and the authors advocate for the calm, thoughtful environment they created at Basecamp that allows productivity and creativity to blossom while respecting the individual.

It’s crazy but there’s no reason for it

“If it’s important, slow down.”

The only way to get more done is to have less to do.