One of my customers has troubles with Disk IO on an Azure Kubernetes Service container. They are using Apache Lucene, with catalogs stored in an Azure Storage File Share.

Let’s get it out of the way: unless there is a very good reason, to maximize performance and lower cost, solutions being built for Kubernetes (and more particularly AKS) should target cloud-native storage solutions: blob storage, Cosmos DB, Azure SQL, etc. This is not always an option though, particularly when integrating solutions like Lucene, or lifting older applications.

The findings and conclusions in this post cover the latter situation: what performance to expect if a file API has to be used for the application, based on the solution being chosen.

On average, if throughput is a concern, disk-based solutions provide more consistent, and better results. If possible (mostly if the data is transient), use agent’s disks. These are the results on 1Mb files: 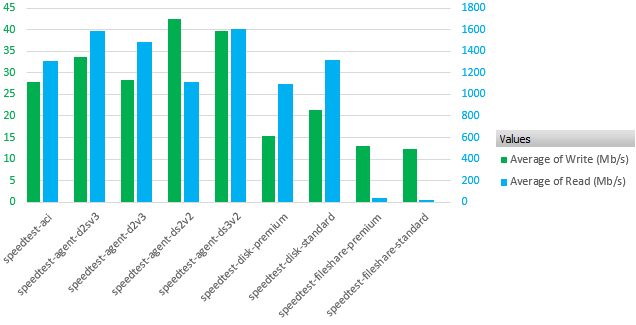 If applications are write and read intensive (lots of small files), do not use Azure File-Share as the storage solution. They seem to underperform on both read and write. Instead, use disks. These are the results on 10kb files: 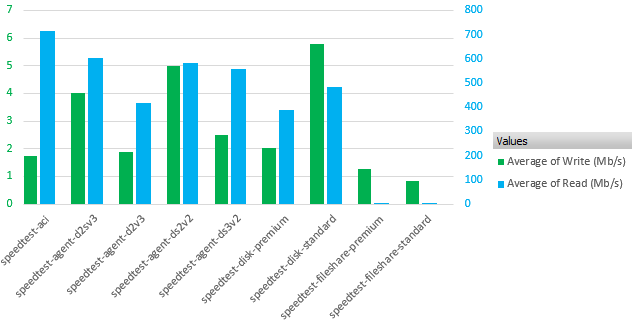 For applications storing larger files and are mostly write, file shares might work. These are the results on 100Mb files: 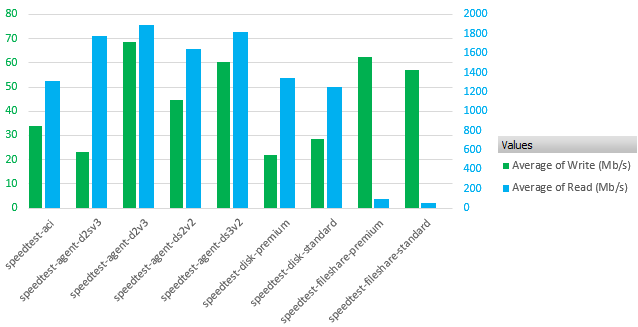 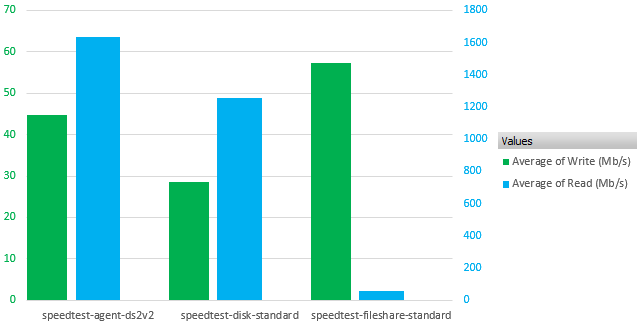 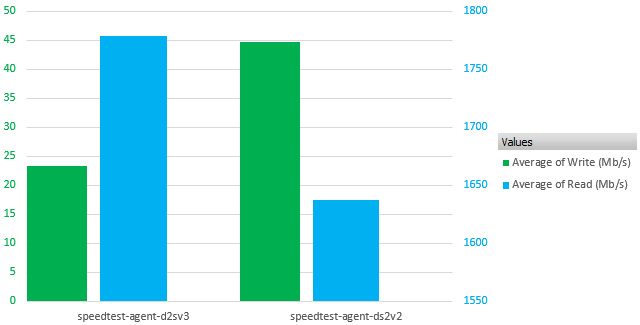 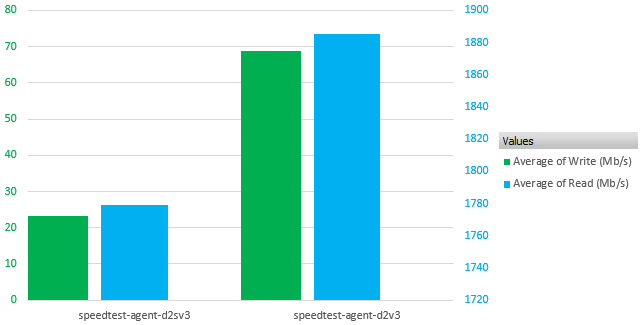 Much more varied results on smaller files (10kb and 100kb): 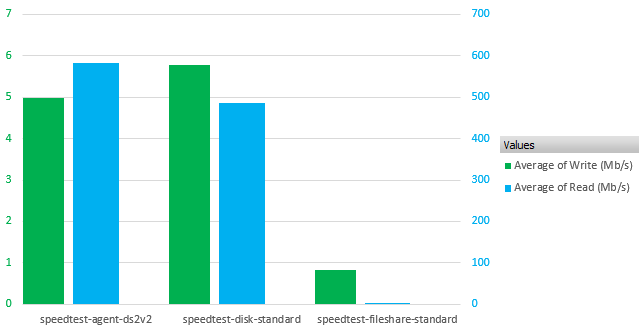 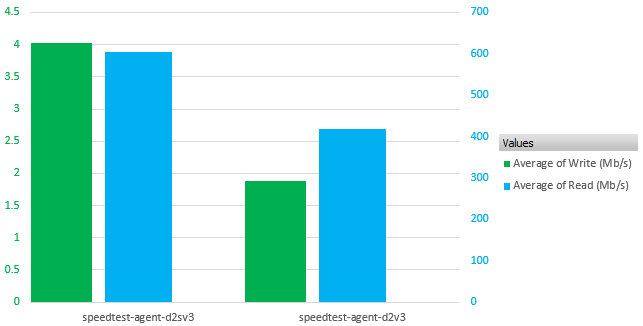 I have used two methods:

The numbers I provide shouldn’t be taken at face-value, the point is more to compare solutions and get an idea of the impact moving from one to another can have.

The options I have tried are:

There are other solutions that can be leveraged, top of mind are:

The last thing is that this test doesn’t go for concurrency, which might change the results completely. There are tons of different parameters that might also affect the results, such as other containers on the same agent, CPU and memory usage, network usage, etc.

The raw data is available in this spreadsheet or in CSV: