I write this blog using Jekyll, which allows me to write posts in markdown and generate a static website from it.

For a few years now it had been running on App Services, but I wasn’t awed by the response time for what is just a static website (~2.5 seconds to load everything on the home page1). I decided on switching it to a container with a bare Nginx server and the corresponding files, on Kubernetes.

This is a very simple example of a public-facing web application, and I thought it would make a good example to illustrate containerizing something and deploying it to Kubernetes.

The solution I’m using builds and runs a website in Docker, deploys it in Kubernetes using Azure Devops Pipelines. This is done with the following steps: 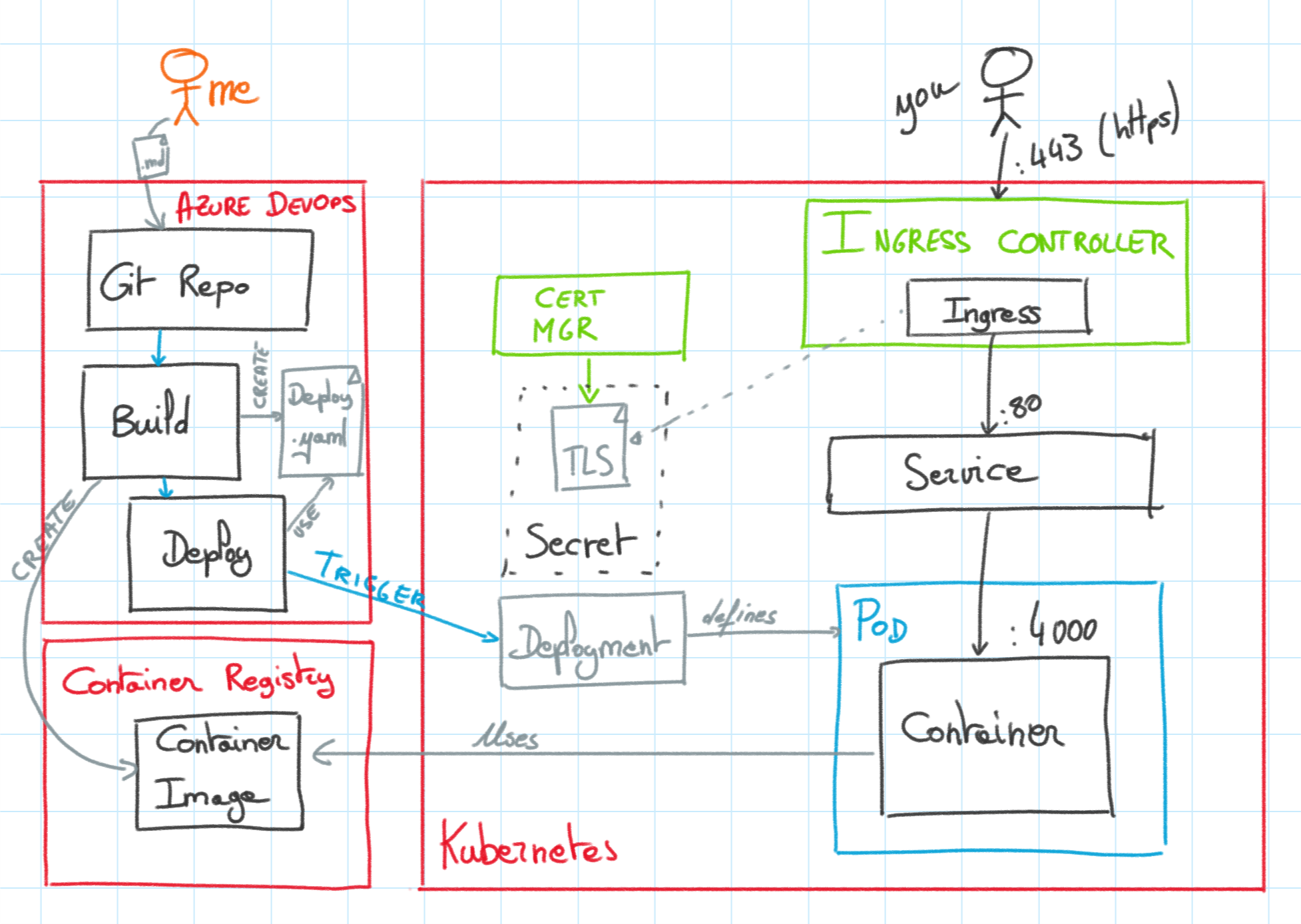 In this article I assume you have docker, and kubectl on your machine, and provisioned a managed Kubernetes cluster on Azure (AKS). All the commands are ran in Ubuntu using the Windows Subsystem for Linux.

This seems casual, but if you think of what’s effectively happening, this is the basic equivalent of a VM sprouting to build my stuff, then dying immediately after its purpose is done2. 15y old gullible me’s brain just melted and spilled through his ears.

Notice that I’m using version tags to images (jekyll/builder:3.4.1 and nginx:1.15.8-alpine). This is something I usually advise, rather than using stable or latest (or even no) tags. This guarantees3 you’re starting from the same version, making the process deterministic.

The configuration for Nginx is the simplest you can think of, listening to port 4000, using files in /blog, using index.html as its default index.

Once the Dockerfile is written, after starting the docker daemon, I can test it using:

Then the website should show up on port 4000. We’ll automate the build later, for now, I’m pushing it manually to my registry. I’m using Azure Container Registry for that purpose, which is free (up to a point).

The website sits in Kubernetes, we need to deploy and configure the components listed earlier:

1- A deployment deploys the app in pods ⤓ ⮍

A pod is a logical host in Kubernetes. See this as a disposable VM running the container(s) you specify. Pods are usually created by Deployments, which can be specified by a yaml file:

A few important things about that deployment:

If I deploy this pod with kubectl apply -f deployment.yml, I end up with one pod:

I can have a look at it by forwarding ports from my local machine to the pod:

The directing a browser to http://localhost:4003 shows me the website4.

A service describes how you allow access to the pods. There are multiple ways of doing so, and access can be private (you only allow other Kubernetes entities to touch it) or public (provision a public IP). In this case, we don’t want direct access to it since we need to handle HTTPS, so we are using a clusterIP, which provides an internal IP only.

This specifies that we need a listener on port 80 with an IP address that will forward requests to an app called blog on its port 4000.

Notice that the service got assigned a private IP address, but no public one. I could very well just replace the type by type: LoadBalancer, and this would provide a public IP address to which I can redirect traffic, but I want https, and to do some redirections, so I keep the IP private and use an ingress instead.

Next I define an ingress. Ingress is a reverse proxy, see this as your entry point for traffic coming from the internet. It requires a controller to be created in the cluster. I’m using Nginx ingress controller. The simplest way to install it is with Helm.

The ingress controller creates a service with a public ip address. We get it using the following command:

The ingress resource is described as follows, and will be served by the ingress controller:

This indicates to direct all traffic coming for blog.feval.ca to the blog-service we created earlier ; and to use the TLS certificate stored in the secret tls-secret.

At this stage I create a subdomain in my DNS provider that redirects to the ingress controller’s external IP, and I should be able to access the website using https://blog.feval.ca. It works, except that Firefox is complaining about my certificate… which should be expected since we didn’t take care of that.

4- Get a TLS certificate(s) from Let’s Encrypt ⤓ ⮍

Let’s Encrypt issues certificates by a mechanism of challenge-response. To make it work, you first need to direct the DNS to a location that is configured to handle that mechanism. For this purpose I use cert manager.

From there I will get certificates from Let’s Encrypt. I provision two certificate providers: staging and production. You can make a limited number of request for “real” certificates from production for a given domain in let’s encrypt, so it’s always good to try in staging first, then switch to production when you get the setup to work. The issuers are configured like so:

It may take a couple of minutes for the process to kick in and retrieve the certificates. After a while, hitting https://blog.feval.ca should give me a certificate issued by “Fake Issuer”. At this point I switch to the issuer to letsencrypt-prod, reapply the resource, and wait for a couple more minutes. 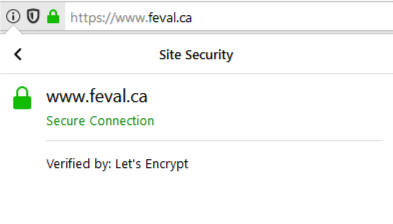 5- Redirect other domains to only one ⤓ ⮍

I could configure the ingress to route multiple domains to the blog-service, but I like uniformity, so I prefer doing redirects. To do so, I configure a new ingress thusly5:

This will return a 301 to my www.feval.ca with the request uri. Note that you need to get the corresponding certificates as well, add them to the list of step 4. 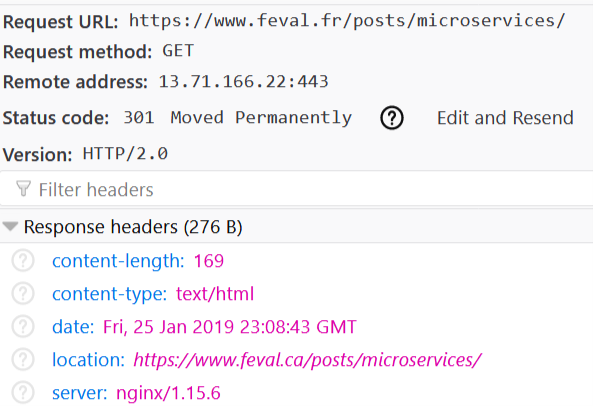 Continuous integration is setup in Azure DevOps Pipelines (which is free to use) and has 4 steps:

This is what the configuration exported as yaml looks like:

We set a trigger on the source repo, so that any push to master triggers the build.

The deployment step really just does a kubectl apply -f deploy.yml. Since the image tag is different, Kubernetes will update the deployment, deploy a new pod and destroy the old one. We setup a trigger on the build pipeline. 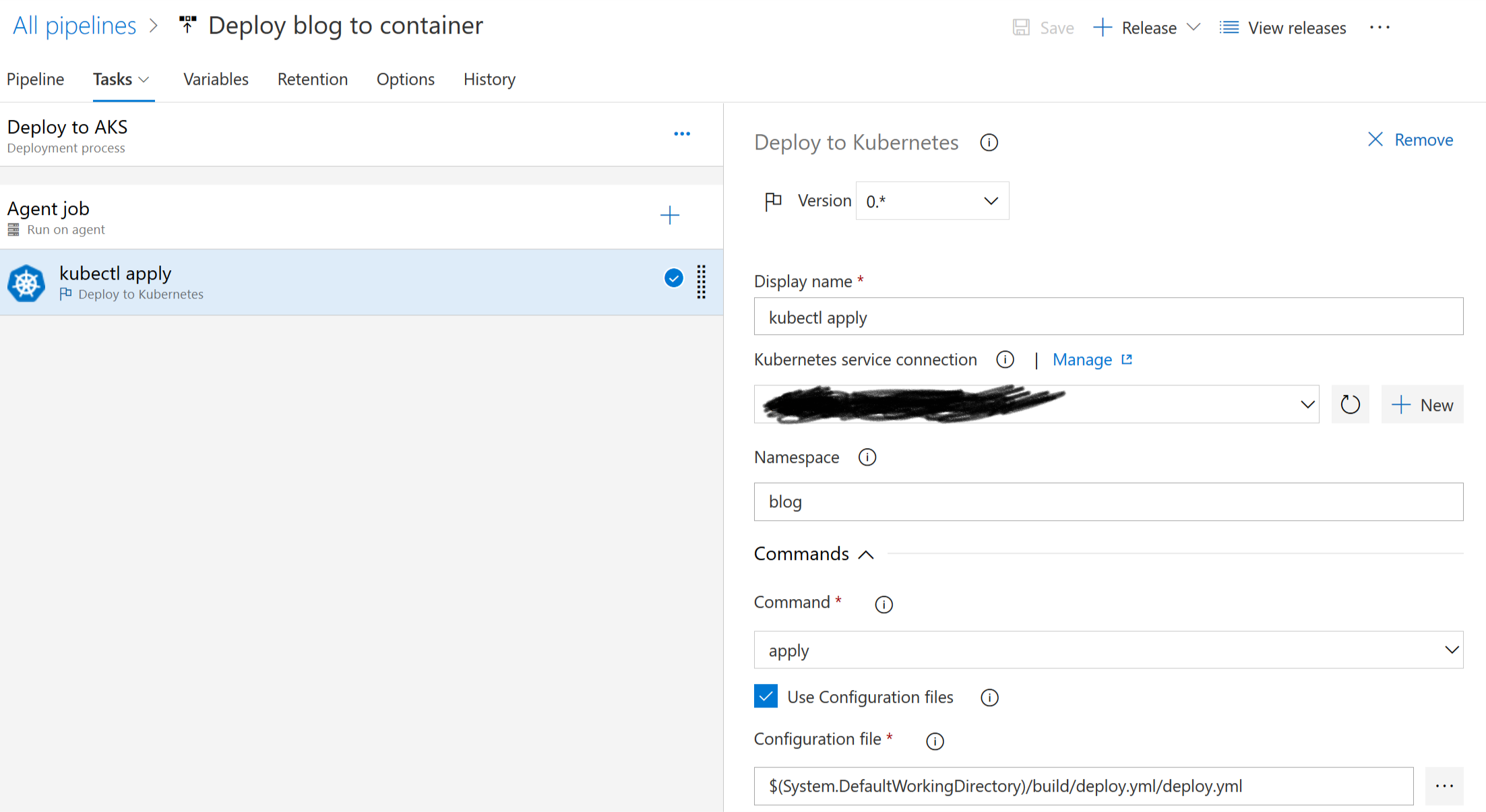 This is the response time on app services (no cache):

This is the response time on AKS (no cache):

And this is the average response time measured by App Insights, notice the drop on the 22nd when I deployed to AKS: 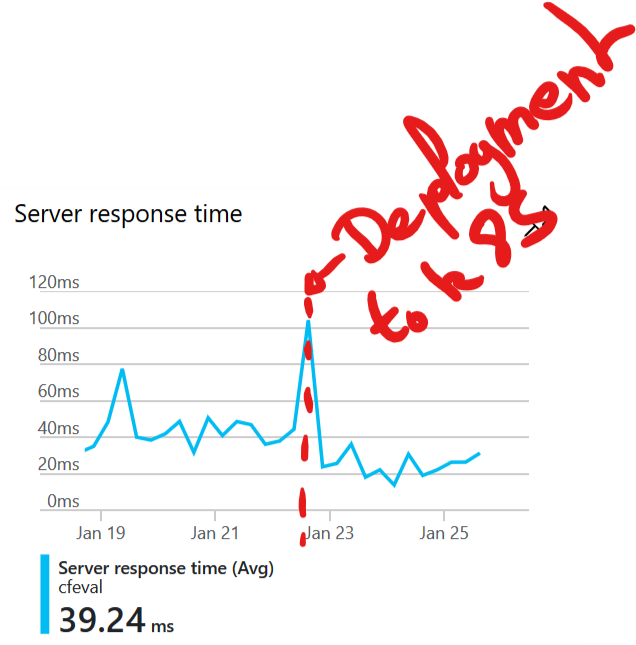 This whole exercise was more of a geeky thing than anything else. For a static website, there are other alternatives that could work, probably even better. Jules posted a static stack based on Azure blob storage and Azure CDN that would do the job as well, if not probably better.

It demonstrates the steps to run a static website on Kubernetes within a container. There are quite a few steps to get there, but they are actually quite straight forward. It’s definitely more complex than running it on Azure App Services though, but it leaves me with a cluster that I can use for whatever else I want. And I have other plans for it!